A couple of months ago, two girls in 6D & 6L decided they would  like to raise funds for a charity. They got in contact with the Guide Dogs Cymru and asked them all about their charity, and how they could get involved.

So they gathered up a little group of their friends and decided it would be a good idea to have a mini bake sale. All together they made 8 different items to sell including.... cupcakes, a lucky dip, Popcorn cups, a Victoria sponge cake & a sweet jar and even Minion cupcakes! But last but not least one of the ones that went down well was the dog shaped biscuits & rice crispy cakes.

The sale was only 15 minutes long but that was because everything sold out very quickly. A couple of weeks ago, we called Guide Dogs Cymru and told them that we had raised money for them and they sent Sian, Frank and Arnie the dog.

We had a special assembly where we presented them with a cheque for £130 which told the rest of the school how we had achieved it and all in a 15 minute cake sale!

Sian and Arnie took a special assembly  for the Infant & Junior classes. 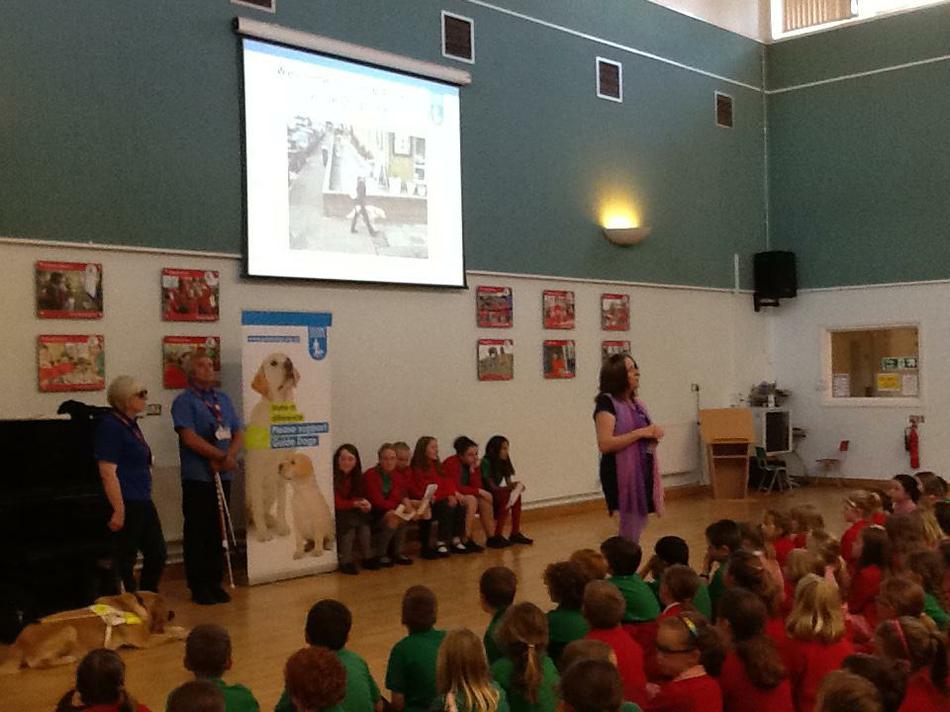 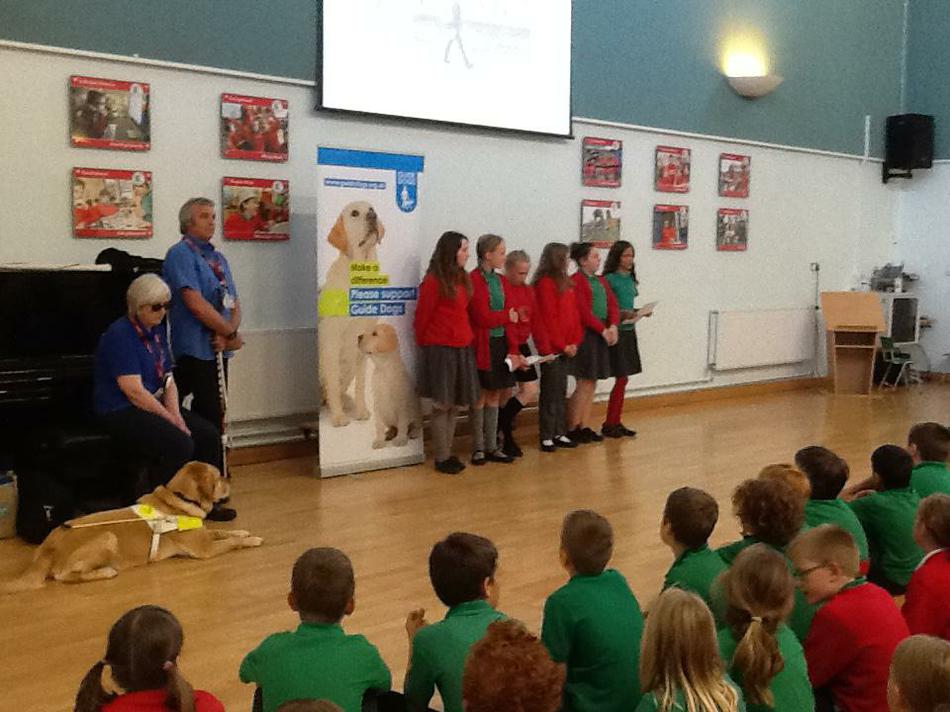 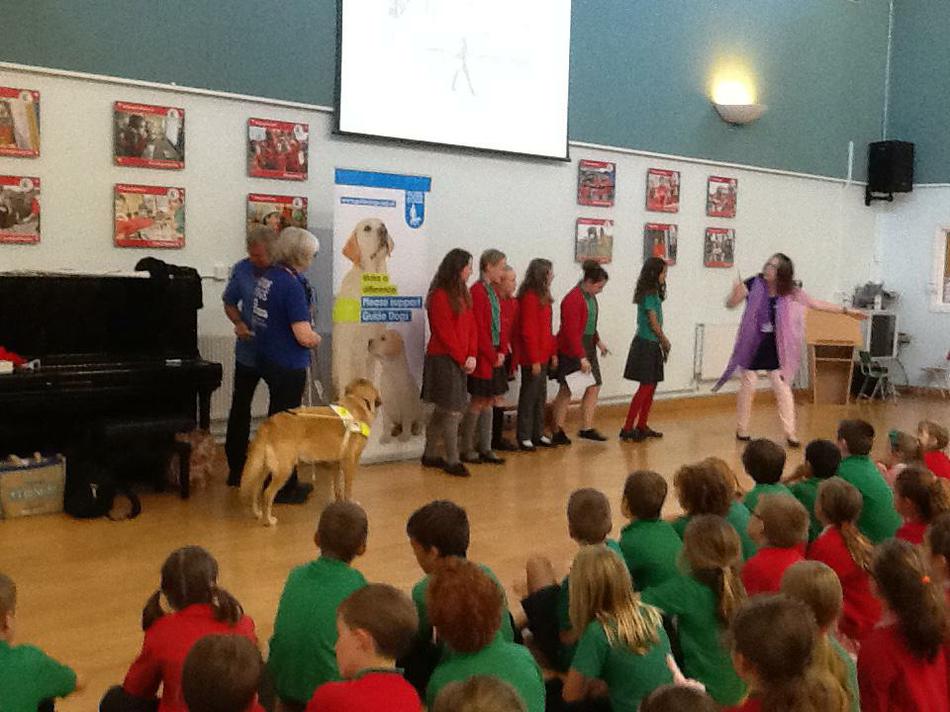 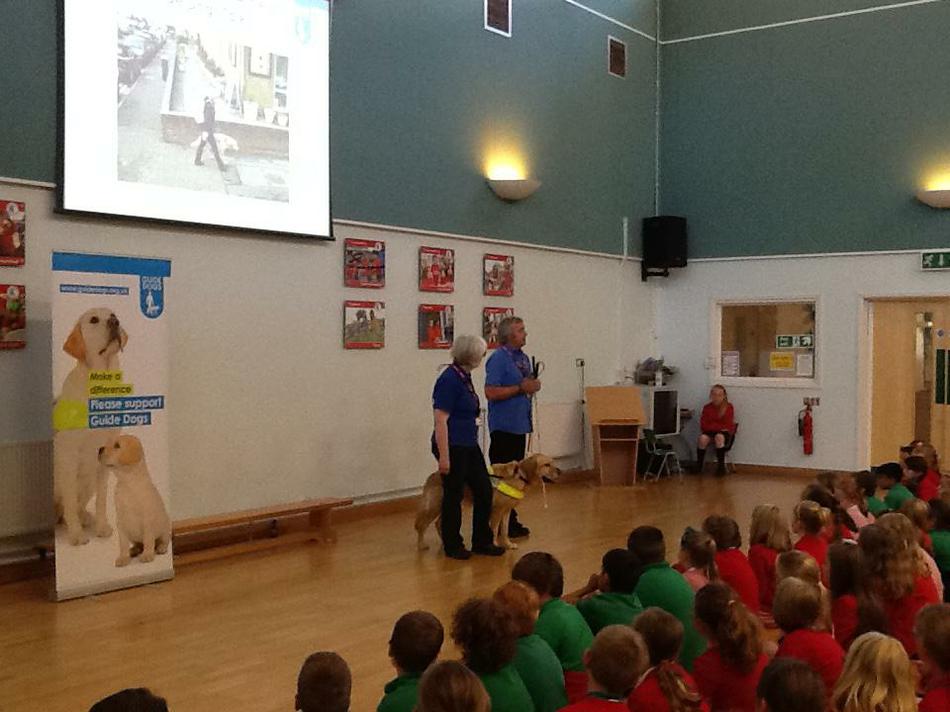 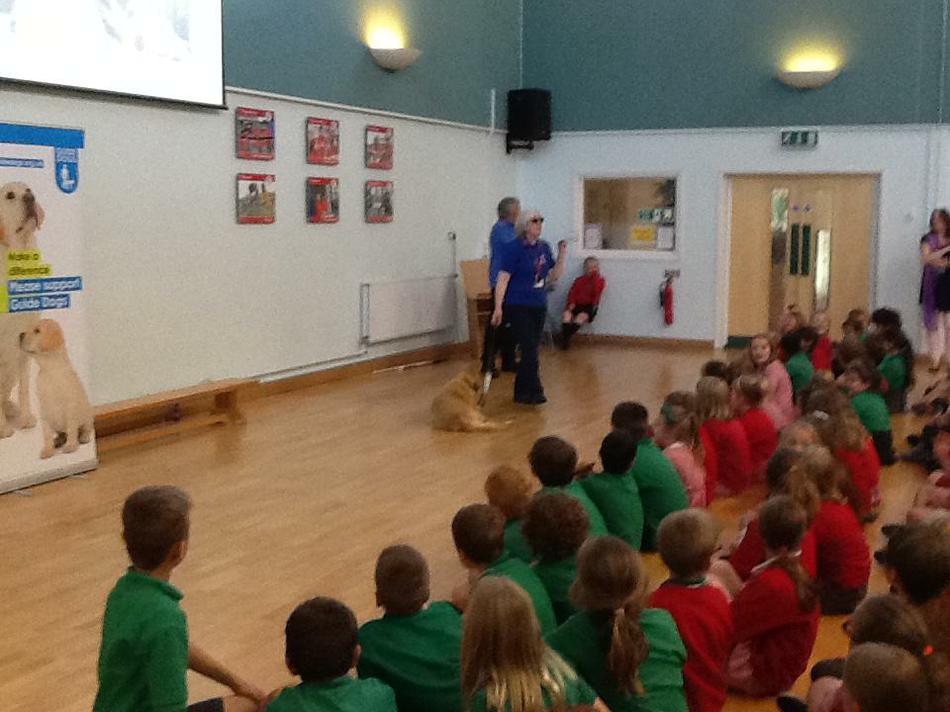 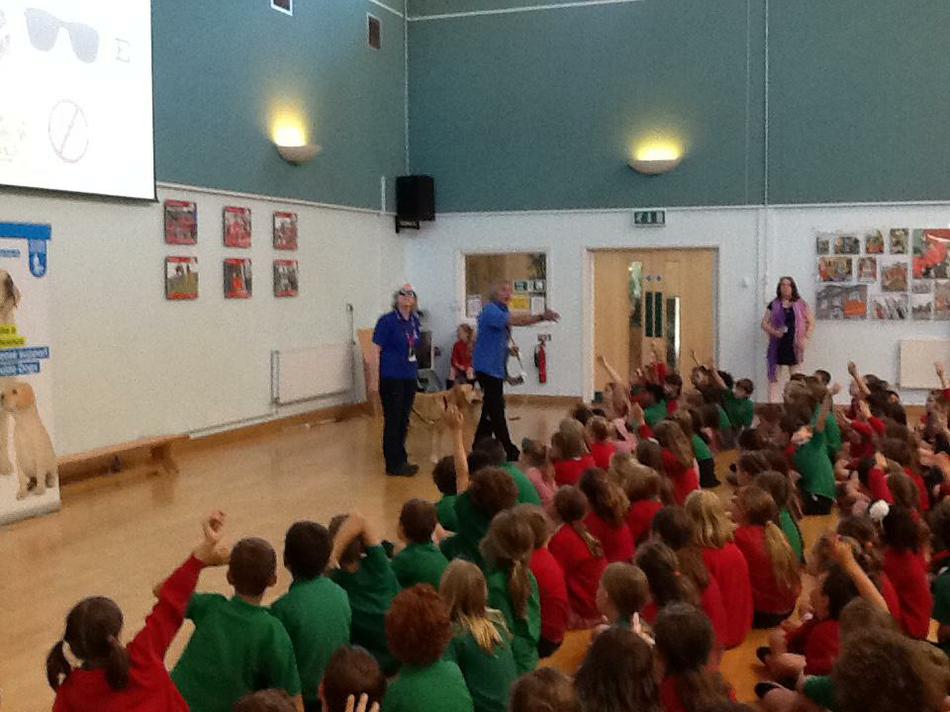 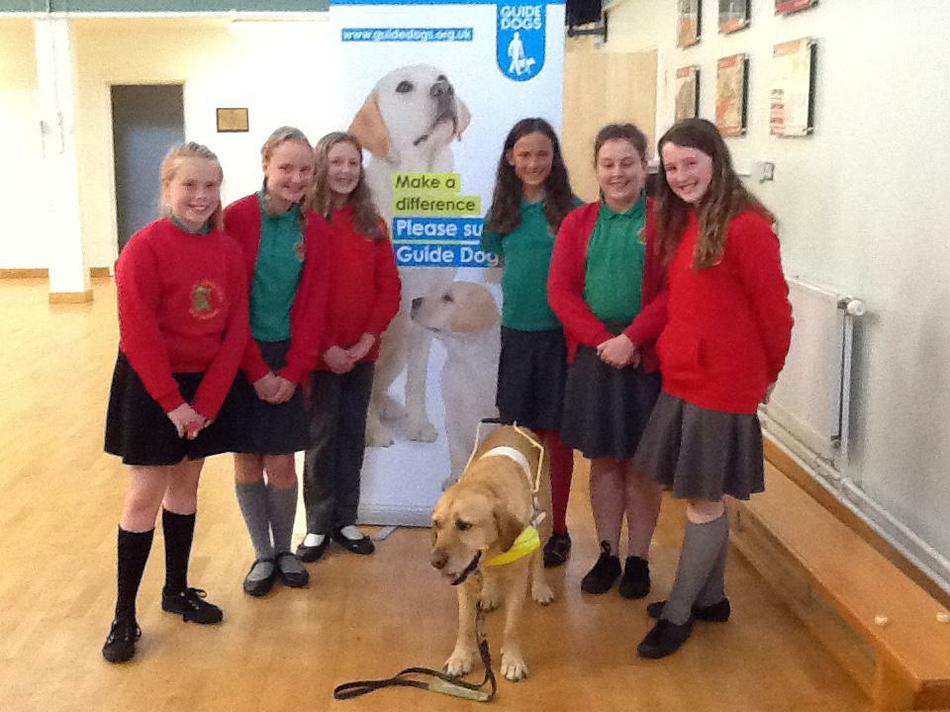 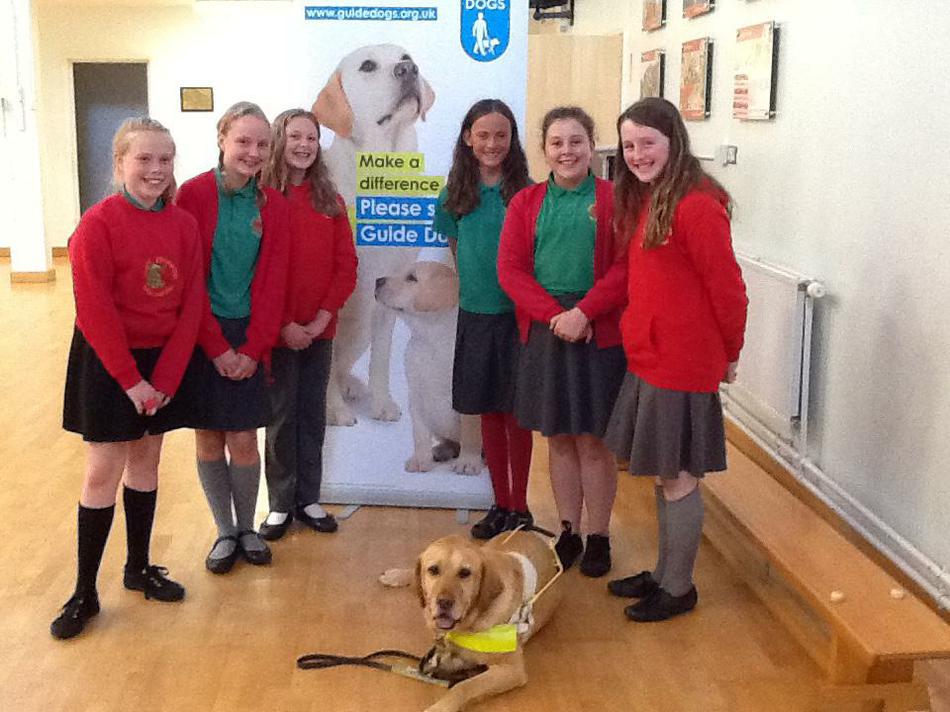