Ask: What is forty add six? Children answer by holding up place-value cards. (There is also a place value tool allocated in your Abacus folder). What is fifty add two? What is sixty-four subtract four? What is seventy-two subtract two? Repeat with similar additions and subtractions, picking up speed.

Begin to make links between addition and money by sorting coins and totaling amounts. 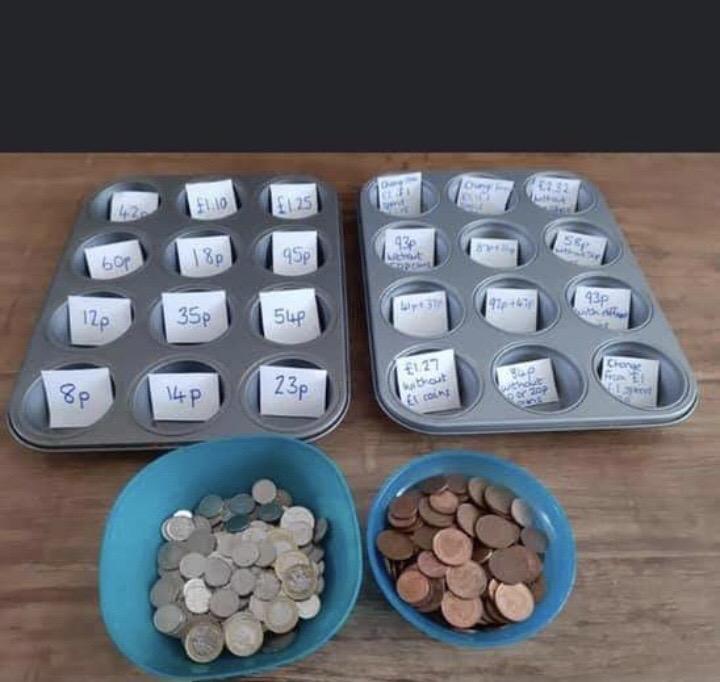 Start on 36 on the number line or bead string. Ask children how far they must jump to reach the next multiple of 10 from 36. (4) Then ask how much further they have to jump to get to 41 (1).

Write 41 – 36=. We could work this out by counting back thirty-six, but it would take a long time. How could we work it out? Cross out the first 36 beads on the tool and point to the five remaining beads. You could jump from the smaller number up to the bigger number; just a few little jumps!

Show children a 50p coin. Say that we can use frog- jumping to help us work out the change we will get when we buy something. Show the apple priced 37p on resource sheet- also on j2homework. Ask children how much change from 50p we will get if we buy this. Point out that this can be written as subtraction  50p – 37p =

Point out that finding change is just a type of subtraction that frog-jumping can make easy for us! Let’s try finding change from £1. Look at the gingerbread man on the resource sheet or your j2homework  priced 85p. Show a £1 coin. How much change will we have? Record the subtraction: 100p – 85p =. Starting from 85 and jump to 90 then to 100. You make two jumps: 5p and 10p, that’s 15p in total.

This is a game for two players.

You will need a copy of the game board and a counter.

Watch the video below (which has not got any sound). It shows two people playing the game.

The aim of the game:

Slide the shared counter across several adjacent numbers, adding them up as you go to make a 'running' total. Be the player to make the final slide so that the chosen target is reached exactly. Making the total go above the target loses you the game.

1. Player 1 chooses a target to reach. This is the total both players try to make.

2. Player 2 places their counter on the game board over one of the numbers and says that number.

3. Player 1 moves the same counter in any direction along a line segment to a neighbouring number and announces the total of the two numbers.

4. Player 2 moves the same counter to cover a neighbouring number, adds on that number, and announces the 'running' total of the three numbers.

5. Players take it in turns to slide the counter to cover a neighbouring number and to add that number to the 'running' total.

6. Players must move when it is their turn.

Have a go at playing the game several times.

Can you find any good ways to win? 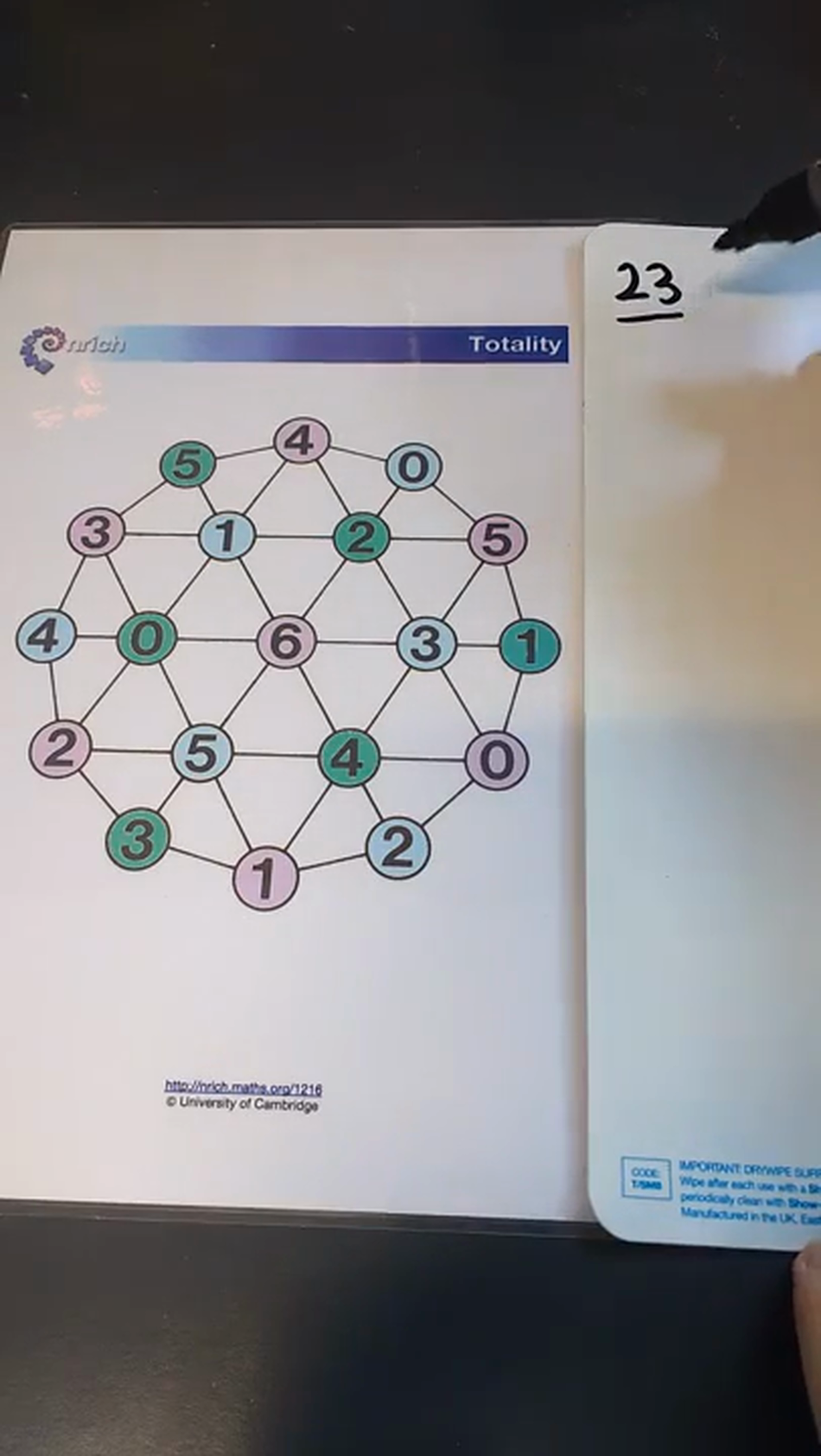 This  Mathopoly board game involves working out the change from one pound from a range of amounts. It allows pupils to calculate the correct amount of change. and check the change that should be given. A fun way to practice working out money!

How can I check change from £1?

Change from £1 is what is left after you spend an amount of money that is less than one pound. You will be given a number of different coins back. The cost of what you have bought when shopping and the change you have been given, should add up to make £1 in total. You can learn to recognise different coins and add or subtract to ensure that the change you are given back is correct.